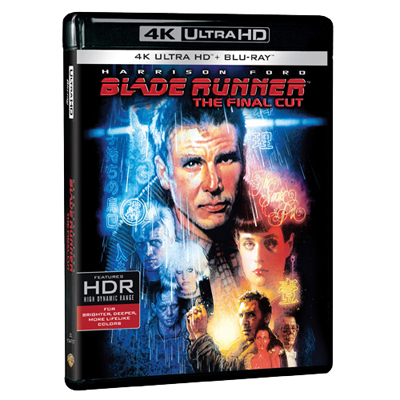 In a signature role as 21st-century detective Rick Deckard, Harrison Ford brings his masculine-yet-vulnerable presence to this stylish noir thriller. In a future of high-tech possibility soured by urban and social decay, Deckard hunts for fugitive, murderous replicants - and is drawn to a mystery woman whose secrets may undermine his soul.

Extras: DISC ONE - THE FINAL CUT OF THE INFLUENTIAL MASTERPIECE PERFECTED IN 4K ULTRA HDtm